Onsite learning-by-doing exercise where you can experience the work of the European Institutions in Brussels.

TOPIC OF THE EVENT “A new strategy for EU – China relations”

The EWEI Model EU Brussels is a project conducted by the Eastwest European Institute in partnership with Associazione Diplomatici.

The main goal of the project is to make participants learn more about the functioning of the main European institutions’ thanks to direct experience of the ordinary EU legislative procedure with the learning by doing method.

The course consists of:

On the 14, 15 and 16 of February, simulations of the three major European institutions and the “Trilogue” will be held in Brussels, with the aim of providing students with complete knowledge of the decision-making process of the European Union.

The “Trilogue” refers to a consultation between the Parliament, the Commission, and the Council of the EU on legislative proposals, aimed at reaching a common final position.

Each participant will be called to represent a member of Parliament or to take on the role of EU Commissioner or Minister of the Council of the EU to confront other European and international students on issues of crucial importance for the European agenda and draft legislative proposals on relevant topics.

In the months preceding the simulation, the delegates will take part in a training course held online through an e-learning platform.

In particular, they will take part in a series of meetings held by experts, journalists from the Eastwest magazine, and diplomats.

In this way, students will have the opportunity to have a complete understanding of the policies adopted by the Member States and political parties and thus be ready to put into practice the knowledge acquired.

The knowledge of the functioning of the European institutions will be deepened, a focus will be placed on the “Trilogue” and on the techniques of public speaking and diplomatic negotiations.

The online course and all communications with the staff will be held in English, the official language of the project.

EWEI will also make available its specially designed online training platform to the participants, with access to training and background materials to support their preparation.

Remote activities are guaranteed by the use of Zoom®, a powerful tool that lets you experience a fun and highly interactive virtual experience.

The participation fee provides for:

• a set of encompassing materials to allow you to master background knowledge efficiently;

• live Q&As with our EU experts;

• A certificate of participation.

In order to access pedagogical materials, participants subscribe to the Eastwest online geopolitical magazine for a reduced fee of 5€ (instead of 12€). 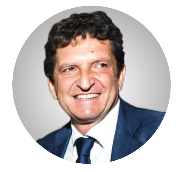 Giuseppe Scognamiglio is Diplomat, Manager, Journalist, Professor. Since September 2018, he teaches “Geopolitical scenarios and political risk” at the LUISS University of Rome and at the University Federico II of Naples. He is the Founder and President of the “Eastwest European Institute”. In the political elections of March 2018, he was a Candidate in the Chamber of Deputies with the list “+ Europe with Emma Bonino”, Campania District. He was a member of the Management Board of UniCredit and Executive Vice President for Group Institutional and Regulatory Affairs. He has dealt with the United Nations (human rights and equal opportunities to then represent our country in Turkey, as Consul in Izmir, and in Argentina as Political Counsellor for External Relations at the Embassy of Italy in Buenos Aires. 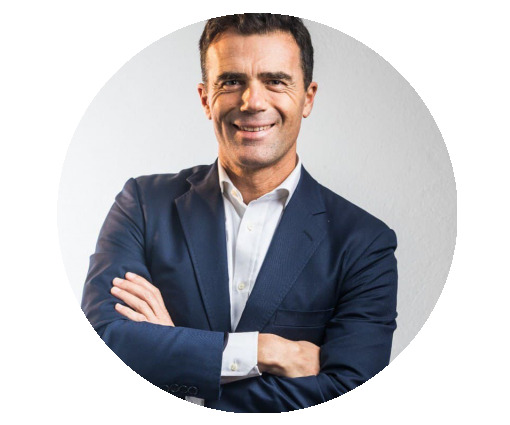 Gozi was elected Member of the European Parliament in 2019 in the Renew Europe Group, where he is a member of the Committee on Constitutional Affairs and the Committee on Internal Market and Consumer Protection. He is also President of the Union of European
Federalists (UEF) and Secretary General of the European Democratic Party (EDP). He is a former Italian Secretary of State for European Affairs (2014-2018) and was subsequently appointed as an advisor to the former French Prime Minister Edouard Philippe in 2019. 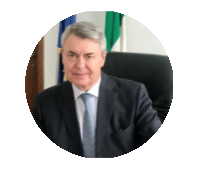 Vincenzo Celeste is a career diplomat at the Italian Ministry for Foreign Affairs and International Cooperation. Graduated from University of Naples with a law degree in 1987, he joined the diplomatic service in 1989. He served in Damascus and Sofia in the very first years. In 2011 he is appointed Diplomatic Advisor to the Minister for European Affairs; in 2013 he moved to London as Deputy Head of Mission at the Italian Embassy. Back to Rome, in July 2018, to serve as Deputy Head of Cabinet of the Minister of Foreign Affairs and International Cooperation, in August 2019 he is appointed Director General for Europe and International trade policy. 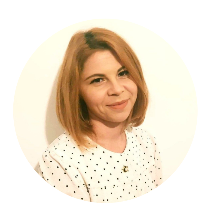 Andreea Brinza is vice president and cofounder of The Romanian Institute for the Study of the Asia-Pacific (RISAP). Her research interests are related to China’s foreign policy, especially the Belt and Road Initiative, on which she is completing her PhD thesis. 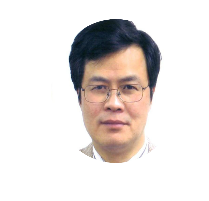 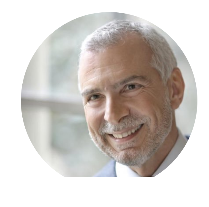 Stefano Sannino is the Secretary-General of the European External Action Service of the EU. He held the post of the Deputy Secretary General for Economic and Global Issues at the EEAS. He held the position of Permanent Representative of Italy to the EU in Brussels. He
joined the Directorate General for External Relations as Director for Crisis Management and Representative at PSC, then Director for Latin America and finally as Deputy Director General for Asia and Latin America. He has also held the position of Ambassador and Head of the
OSCE Mission in Belgrade from 2001 to 2002. 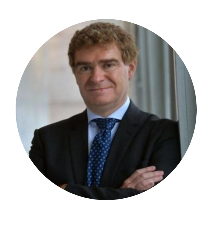 Mario Nava joined the European Commission in 1994 and held various senior positions. Since June 2020, he is the Director General of DG REFORM, in charge for the technical support to Structural Reform. He served as Director for “horizontal policies” in the Financial Stability, Financial Services and Capital Markets Union Directorate General. He was Director of the “Financial system surveillance and crisis management” Directorate and Director of the “Regulation and prudential supervision of financial institutions”. He was Head of the “Banking and Financial Conglomerates” Unit, of the Financial Markets Infrastructure Unit, a member of the Group of Policy Advisers of the EU Commission President, and a member of the Cabinet of the Competition Commissioner.

Participants of the Model EU, February 2022 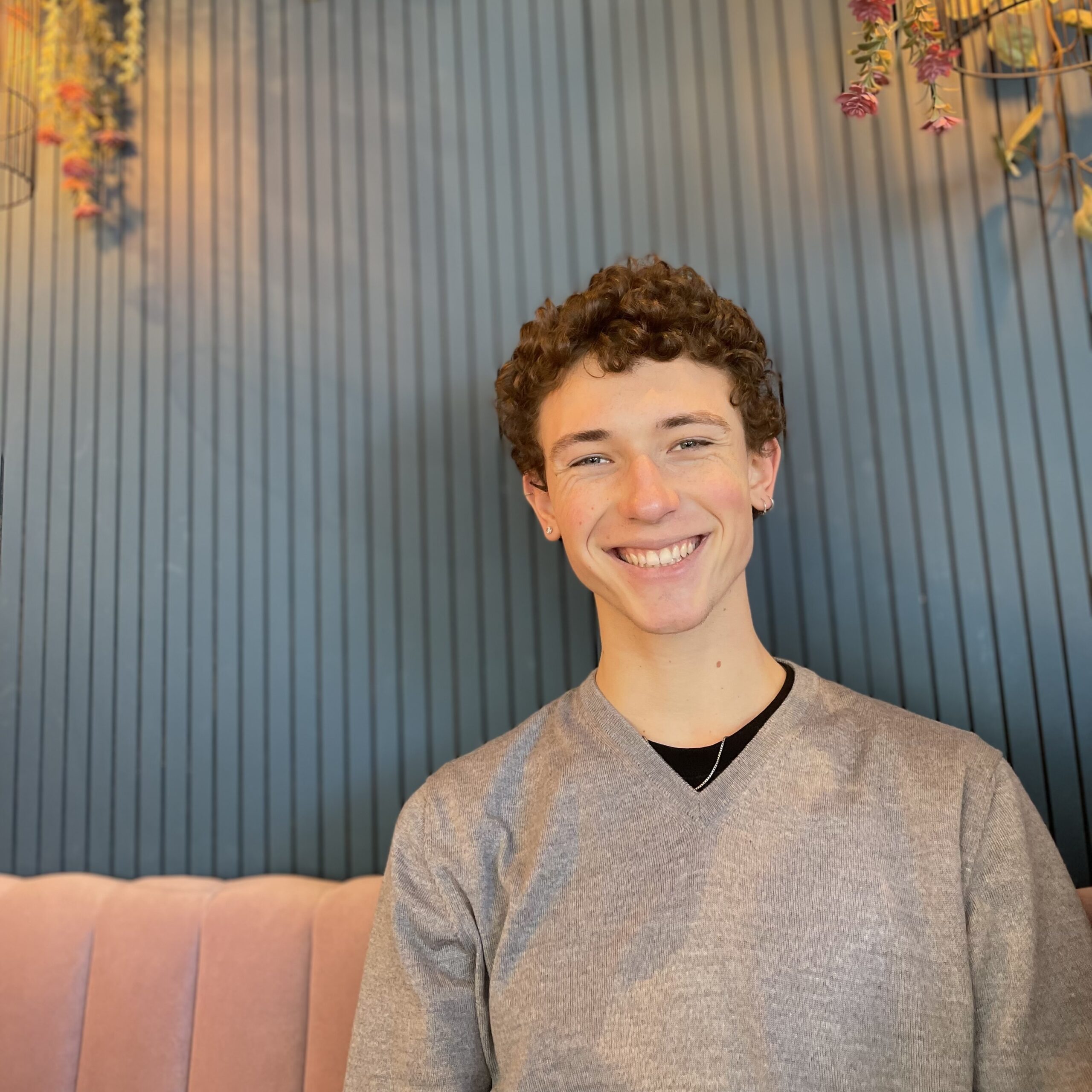 The involvement in and understanding of politics is what secures democracy. Therefore, to be involved in a program such as the MEU that the EWEI-Institute provided, was a great way for me to learn about the procedures, tools and skills that are used and needed in contemporary political decision-making. Although I had no thorough understanding of the assignment beforehand, the modelation proved to be a great opportunity to take a look into the actual procedures of the European Parliament. Being assigned the role of a Member of the Parliament allowed me to experience the challenge of defining your ideals, arguing for that position and eventually deciding on how to cooperate with others - as I got to know these aspects, I now feel confident about expressing, presenting and defending my political opinion in front of other professionals. If you are interested in politics, but are afraid of what seems to be so complicated; Don’t hesitate! A MEU is the best way to prepare yourself for actual political involvement and debates, whilst being surrounded and accompanied by lovely, likely-minded students and post-graduates. In conclusion I would say that MEU not only gave me a deeper knowledge about politics, but also the possibility to connect with young europeans, establishing a network of support and learning through each other’s experiences. After all, at the moment of participating, I was only a high-school student, which made it even greater, to get to learn and know how I can, now and in the future, help to secure democracy.

Participating in Model EU Brussels has been a life-changing experience for me. As a law student I have always been really interested in European Institutions and European politics. This model was the best possible way to gather first-hand knowledge on the institutions and politics within the European Union. Not only did I learn more about EU, but, most importantly, I learned that while participating. Model EU was the perfect combination of lectures and real-life practicing. Attending some very detailed and useful lectures was followed by participating in a decision-making body. That unique experience has been a landmark in my life. Reflecting back on it I feel really happy I was part of something so interesting, so knowledge and experience enriching, while I got the chance to meet so many nice and interesting people whom I now count as friends. I would wholeheartedly recommend joining Model EU to anyone interested in European Law and politics. 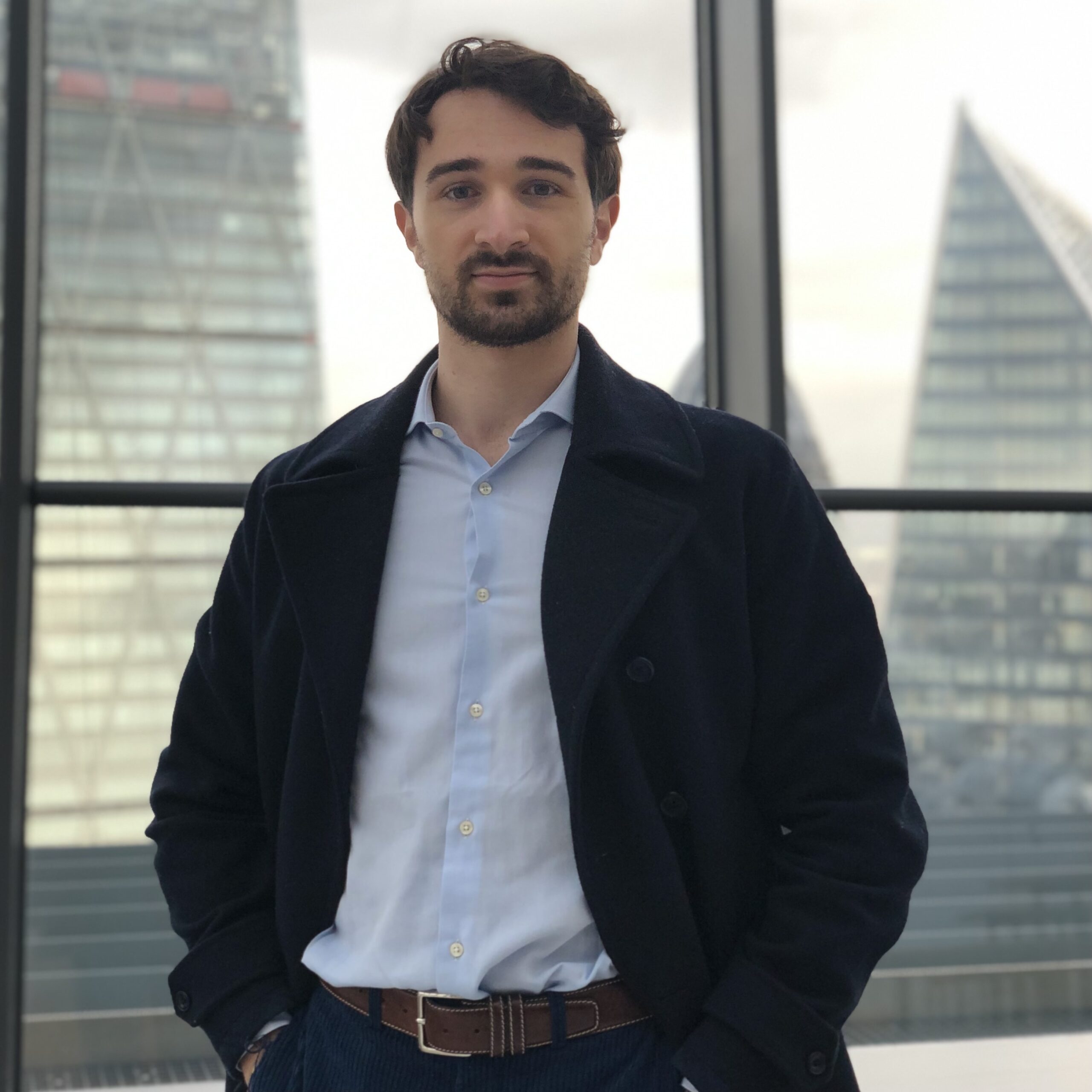 Being part of this thrilling experience gave me a great deal of fun and personal growth. Having a background as a law student, this Model was for me a chance to deepen my knowledge of EU institutions and, most importantly, a glimpse of what negotiations and political debates are about. At first, I was scared to not fit the situation as my colleagues were much more prepared to face this kind of experience than I was. Thanks to them and my colleague George, I built ever-increasing confidence that made me eventually succeed to represent the Republic of Bulgaria within the Council of the EU. Regardless of what background you have or what role you will play, there is always a margin of personal development, especially if you work closely with your team. A great experience I would definitely recommend! 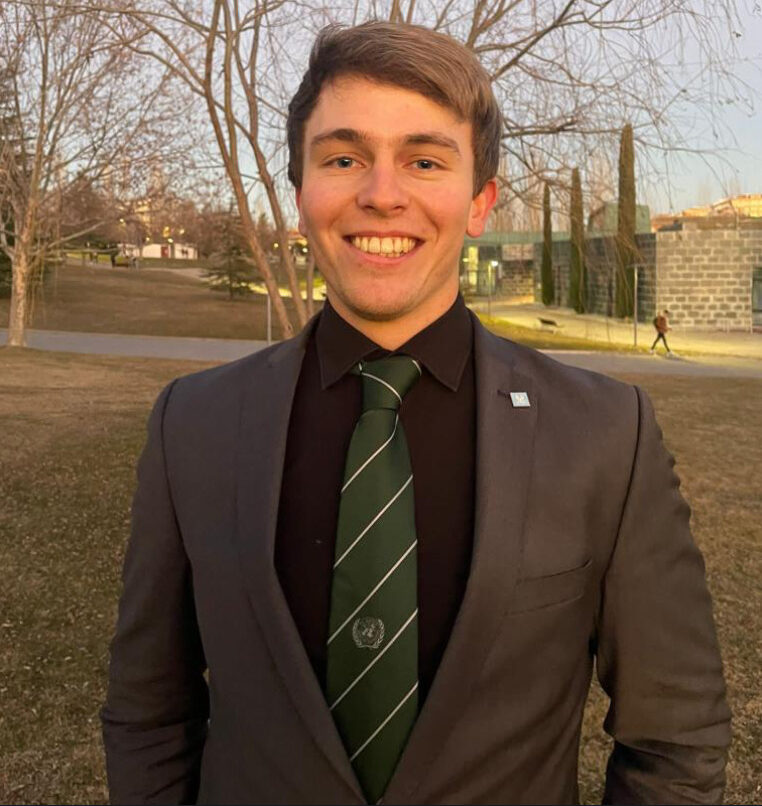 During MEU Brussels, I had a great time with many different students from across Europe and beyond. This conference with its unique focus on EU policy making really taught me about the challenges that we are facing - internally and externally. Reading about how the EU functions and putting theoretic knowledge to practice during this conference taught me a lot. There are only few opportunities like MEU Brussels where we are gathering to develop public speaking skills, a deep understanding of European politics and the craft of negotiating in one setting, under one theme. Apart from learning and deepening my skills in the aforementioned field, I made many new connections. This conference has left a lasting impression on me and it will help me to foster my future career options. 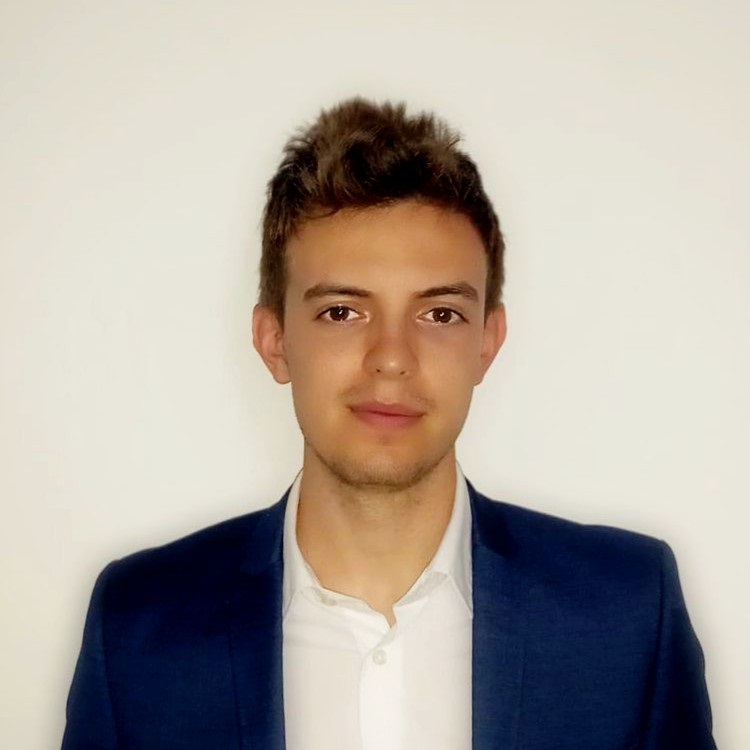 Participating in the Model EU - Bruxelles organized by EWEI and Associazione Diplomatici has been an unforgettable experience. A simulation of the parliamentary work of the European Union may sound like something for insiders, but it has really been an opportunity to challenge ourselves, to discover our attitudes and abilities surrounded by talented and knowledgeable people, and to see what making decisions and facing conflicting opinions really mean. The possibility to engage in this fields while being in one one the great European capitals and following the steps and advice of real experts has been priceless and really formative. And doing it with almost 200 people from all over Europe of such high stature has made this a truly inspiring and stimulating experience, urging me to give my best and live up to the level I’ve seen before me. I’d highly recommend this course to anyone looking to work in politics and diplomacy, but also to all those who believe in the European project and want to see the EU thrive. 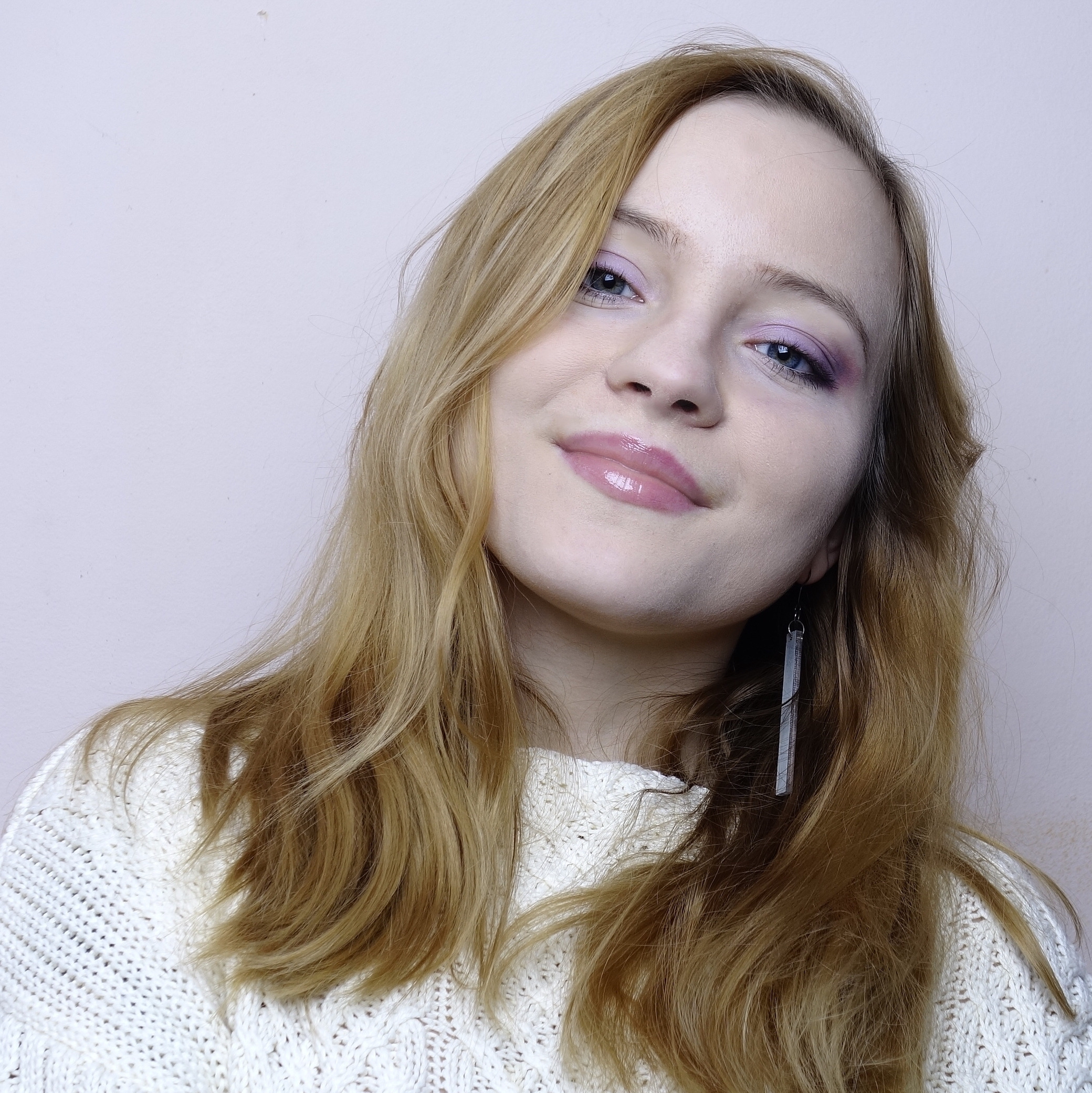 Model EU Brussels gave me more than I had anticipated. Thanks to the comprehensive preparatory course, I learnt much about China-EU relations. When I was signing up, I expected to meet like-minded or inspiring people from around Europe and learn about the procedures of the trilogue. But already on the first day, I realised that I was participating in something that not only was very educational but at the same time simply fun. It was an opportunity for me to train speaking to a large audience and learn how to act on behalf of people/politicians with who I might disagree. It was a unique experience, and I recommend it to all young people who strive towards a career in politics, activism, public relations, geopolitics, etc.

For additional information about and how to participate, contact: