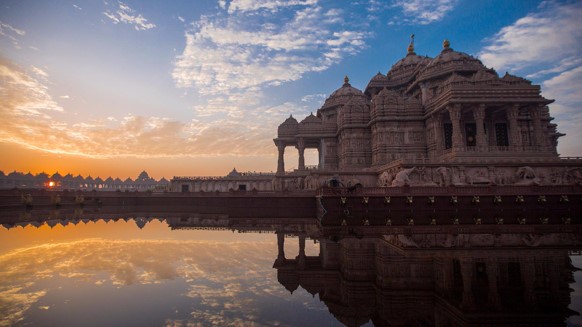 Numerous observers in world politics are considering the Republic of India as an emerging great power. Since its independence by peaceful means in 1947, India has always been an influential actor to its smaller neighbors, but a step back from the major rival: China.

Bilateral relations between the two Asian giants are intricate, constantly oscillating between rivalry and cooperation. Delhi cannot bear the idea of being subjected to Beijing, but simultaneously it is no able to counterbalance the Chinese influence alone. Despite being a continental state that has significant human, cultural and economic resources, India is struggling to take off as it aspires.

Despite a booming economy, a massive market, a young population, plenty of energy sources, distinct economic, social, and political problems separate India from the status of ‘superpower’. Delhi’s internal weaknesses have traditionally been regarded as its distinguishing quality.

The most recent geopolitical developments have increased both regional and global  relevance and attractiveness of the world’s largest democratic nation; just to mention, the catastrophic ongoing situation in Kashmir, the tensions along the border with Pakistan and the advancements around the US-initiated ‘Indo-Pacific alliance’ as well as the China-led RCEP free trade agreement.

India is striving for overcoming its countless deficiencies and has discovered new strengths; it is progressively abandoning its flexible non-alignment attitude while its international voice can no longer be set aside.

The Study Mission project will help students to comprehend the prominence of India on the international arena and it will orient participants in the complex analysis of controversial topics such as green economy, food and health safety, migrations and  sustainable development.

The stay in Delhi will also be a distinctive opportunity to interact with Indian highest authorities. By the end of the program, students will have understood why many scholars talk about “the Asian Century”, gaining a deeper understanding of this contradictory developing country.

The objective of the mission is to allow participants to go beyond academic studies and try to understand the reasons, calculations, obstacles and future aspirations that lie behind political and diplomatic moves.

Participants will also have the opportunity to discover in practice how dialogue and collaboration always constitute an asset and the benefits that the end of the non-alignment policy could yield to the country of the Indus.

To participate to the Study Mission, candidates must successfully pass a selection interview. Selection criteria will include the candidate’s motivation to participate in the program, their interest in international relations and a good level of English.

For additional information about Study Mission New Delhi and how to participate, contact: