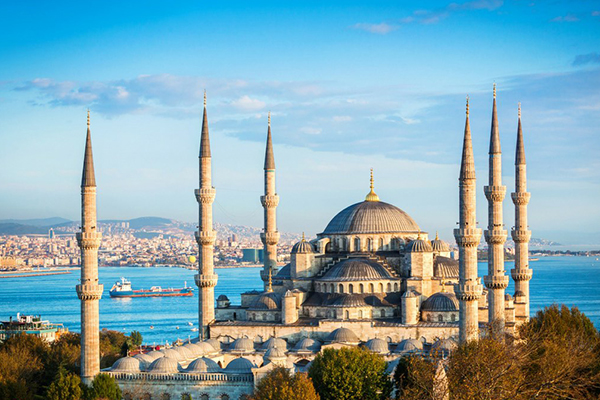 The glorious legacy of Turkey has substantially impacted the dynamics and the identity of the Mediterranean region.

The country’s rich archeological, religious and cultural heritage flourished even thanks to its strategic geopolitical position, which has rendered the former Ottoman Empire the pivotal bridge between the Middle East and the Western Hemisphere. However, on the flip side of the coin, it is evident that, still nowadays, the process of Turkey’s accession to the EU represents one of the most thorny issues and irresolvable challenges of the nation. Ending the accession negotiations would not solve the existing problems, but it would risk further alienating Turkey from the West and leading to more confrontation. It would be less risky for the EU to keep the accession process alive, at least until the next Turkish elections in 2023, when there could be a change of government.

Within this complex and ever-changing scenario, Istanbul (once Byzantium and Constantinople) is depicted as the perfect place to fully understand the relevant political, economic and diplomatic developments of the country. The conformation of the city itself, enclosed between two different seas, the diverse and multi-ethnic population, its artistic and religious relevance, have traditionally contributed to transform Istanbul into a unique spyglass on several geopolitical issues.

Currently, Istanbul is the main hub in order to approach the eastern-western studies, as a direct consequence of its singular combination of geographical, ethnical, cultural and political situations.

The Study Mission project will help students to understand the importance of a strategic partnership between Europe and Turkey and will orient participants in the complex analysis of controversial topics: migrations, terrorism, climate change, financial crisis.

The stay in Istanbul will also be a unique opportunity to interact with Turkey’s ruling class.

By the end of the program, students will have gained a deeper understanding of a key candidate to EU membership and of the mechanisms of partnership with Europe.

The goal of the project is to allow participants to open their minds and leave the pre-existing narrative  behind. We will try to understand what obstacles hinder the EU accession process and what are the  future prospects, in light of the recent isolationist and populist tendencies that seem to have taken hold all over the world, from the United States to Europe.

The goal of Eastwest European Institute is to involve students, selected on merit, providing them with specialized training, finalized to a career in diplomacy, international affairs, advocacy and international business.

EWEI offers scholarship credit incentives to the most competitive participants of the Study Mission Istanbul program.

Scholarship credits will be awarded based on the following criteria:

In order to apply, the students should kindly fill in the registration form.

Otherwise, the student can request an interview in order to get more information –> click here

For additional information about Study Mission Istanbul and how to participate, contact: