Held in February 2022 Check the photos on @eweinstitute! 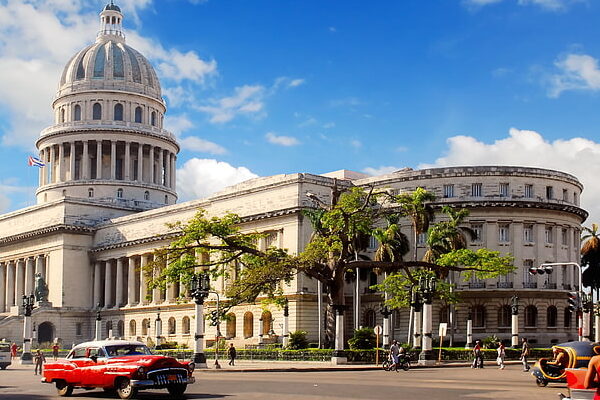 Cuba, the largest Caribbean island, gained its independence in 1898, after more than four centuries of Spanish domination.  Since 1959, when the revolution lead by Fidel Castro won, Cuba has been a historical and geopolitical reference for socialist countries and, after the end of the Cold War, still holds a strategic role on a regional level and through all of Latin America.

In the mid-nineties, Cuba embarked on a process of renovation of its economic model and opened its doors to international tourism. Presently, Cuba defines itself as a socialist country. Its new president, Miguel Diaz-Canel, promoted a series of economic reforms which, while maintaining the central role of state-owned enterprises, open up to small and medium private enterprises as elements of diversification of the whole system.

Thanks to a solid structure in the fields of public healthcare, education and biotechnology, Cuba was able to confront the COVID pandemic efficiently and developed (only case in all of Latin America) nationally produced vaccines that ensured protection for its whole population. Undoubtedly, the combined effect of the pandemic, the collapse of tourism and the United States embargo – which intensified under the Trump Administration – determined a critical situation from an economic point of view, with consequences that also reached internal politics.

The Study Mission project will increase the student’s knowledge and awareness of the role of Cuba at a regional and global level, also delving into the most sensitive issues, such as poverty, economic problems, the recognition of civil and political liberties.

The stay in Havana will be a unique occasion to meet with senior Cuban officials and representatives of the international community. At the end of the program, the participants will master the knowledge of the Caribbean and Central American dynamics and at the same time they will have a broad vision of the relations between the Country and the two old antagonists of the Cold War, the United States and Russia.

The ambition of the project is to allow participants to broaden their horizons and leave preconceived visions behind. Shedding light on the Cuban experience will be the ideal starting point to fully understand contemporary issues and future prospects from a point of view other than the European one.

Last but not least, the participants will have the opportunity to discover in practical terms what dialogue and cooperation represent for a country like Cuba in relation to the major international actors, including the European Union, and in its bilateral relationship with Italy.

The Institute will eventually ask for certificates only randomly.

Within 48 hours from the interview, candidates who pass this phase of the application process will receive:

To participate to the Study Mission, candidates must successfully pass a selection interview. Selection criteria will include the candidate’s motivation to participate in the program, their interest in international relations and a good level of English.

Candidates who successfully pass the interview will receive the Study Mission Contract via the email address indicated on their application form.

For additional information about Study Mission Havana and how to participate, contact: